Requesting a call in over Luton Airport expansion

Luton Borough Council have approved plans to expand the operations of London Luton Airport, which it owns, by 1 million passengers per annum and to vary the noise conditions the Airport operates under. Alongside local groups, including LADACAN, Harpenden Sky and others, I have written to the Secretary of State to request that these plans be called in by Government to allow this decision to be made independently. You can see my letter below: 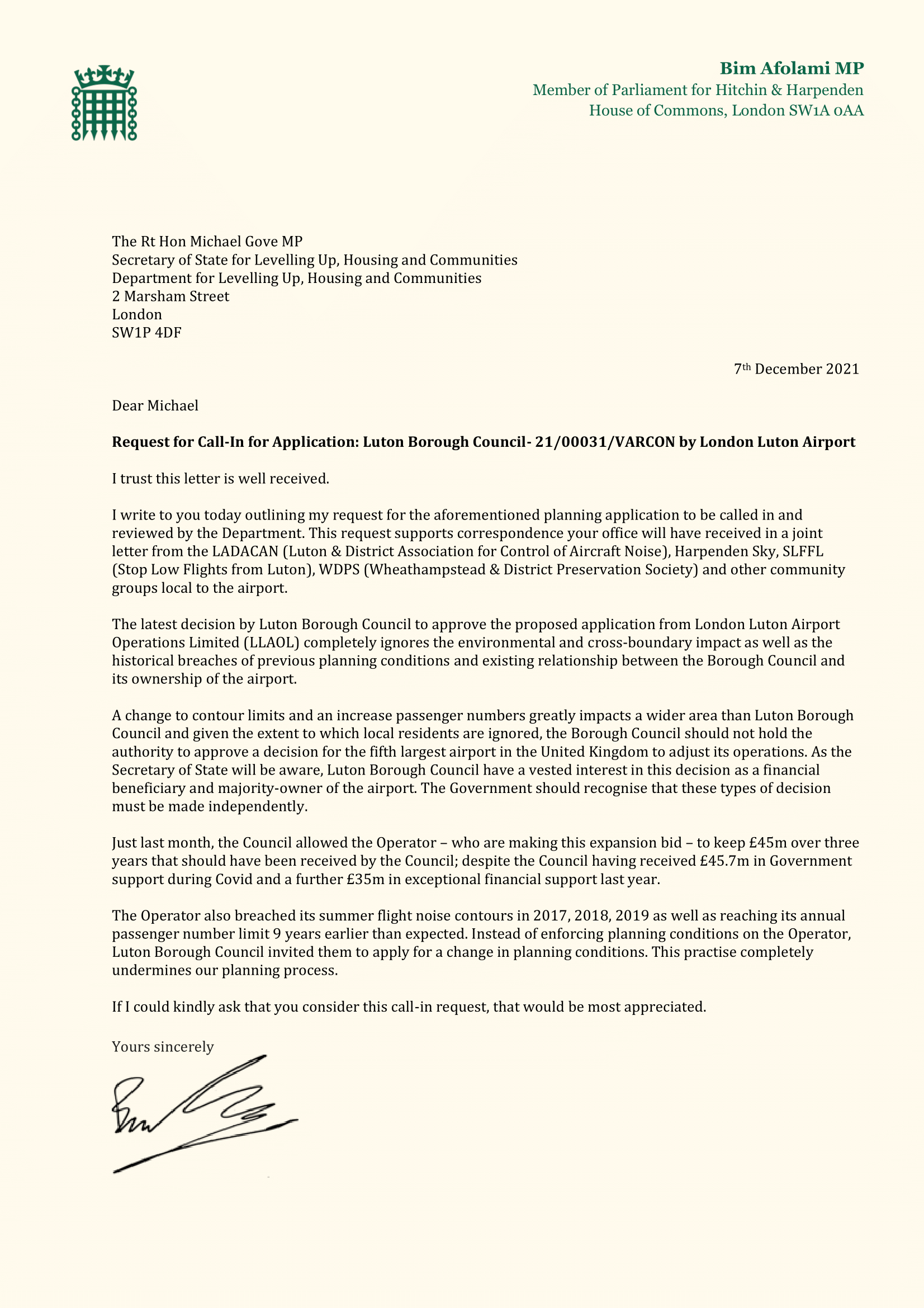 The expansion of London Luton Airport would increase noise and air pollution for surrounding communities in Hitchin & Harpenden. It would also place an excessive strain on local transport networks – leaving our rural roads and train system under real pressure.