It is fantastic news that plans to expand London Luton Airport to 19 million passengers per annum were called in to be decided by the Secretary of State this week. Since I was first elected I have been campaigning against plans for any further expansion of the Airport, based on what local residents have told me about the impact expansion would have on our communities.

After these plans were initially approved by the Borough Council last year, I wrote to the Secretary of State to request that they be called in because of the environmental and cross-boundary impacts of the expansion plans, historic breaches of the planning conditions placed on the Airport, and the fact that the Planning Authority are also the owners of the Airport.

There will now be a local public inquiry to allow the Secretary of State to consider arguments from people from across the area affected by expansion. This will allow residents from across Hitchin & Harpenden to have their voices heard in the decision as to whether expansion should be allowed.

I will continue to work with campaign groups and Parliamentary colleagues from across Hertfordshire and beyond to make the case against any further expansion of the Airport, which would result in increased air and noise pollution for my constituents and put unacceptable additional strain on our local transport networks. I will do all I can to protect local residents from expansion. 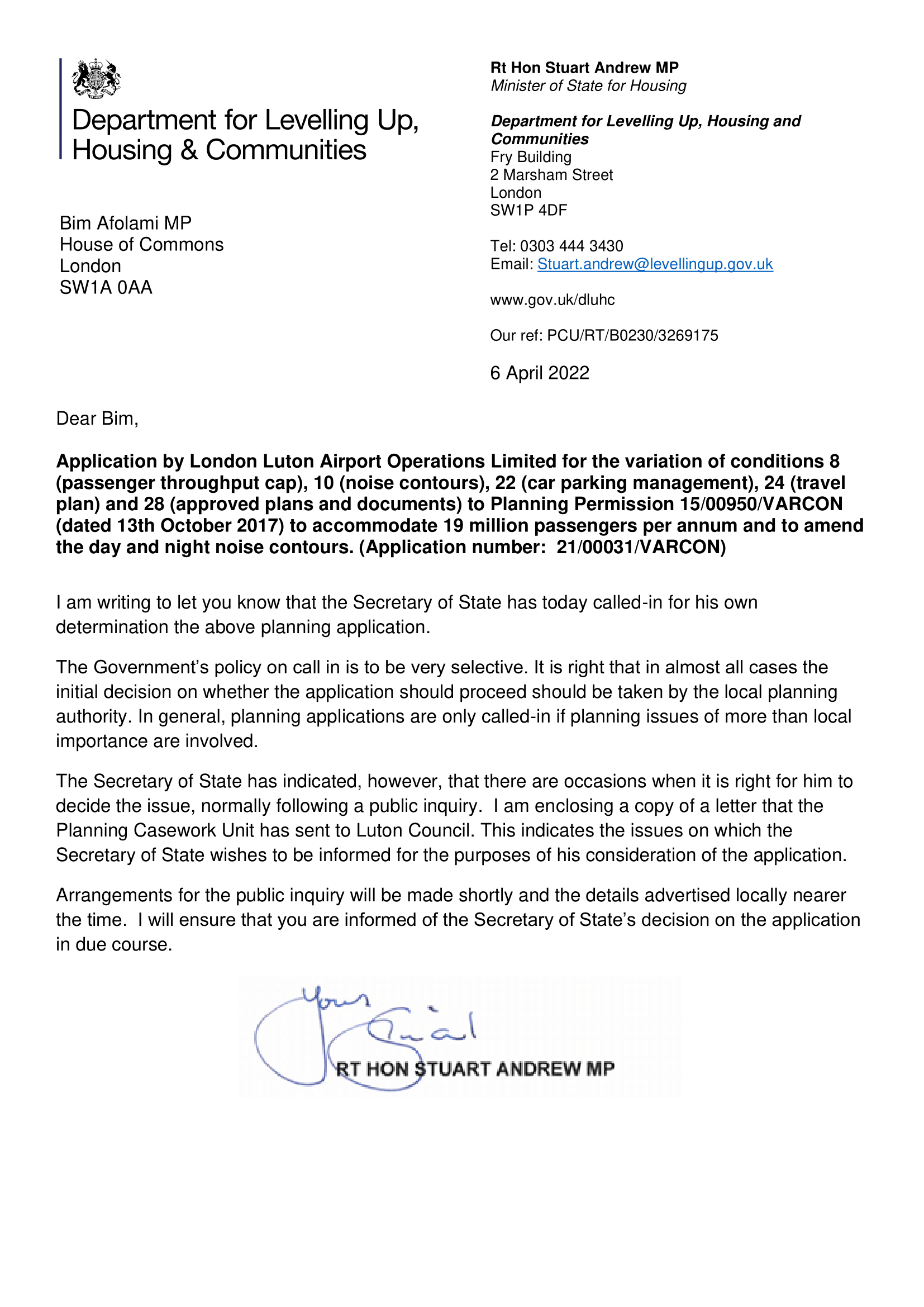 We are fortunate to live in a fantastic rural area with a wide range of biodiversity. I will work hard to protect and enhance our local environment; while working with the Government to ensure we meet our ambitious targets to achieve Net Zero by 2050. My plan:

This week's email newsletter has just gone out to subscribers. You can read it here: https://mailchi.mp/bimafolami/newsletter-04-07-2022.