An Open Letter to my Constituents on Brexit 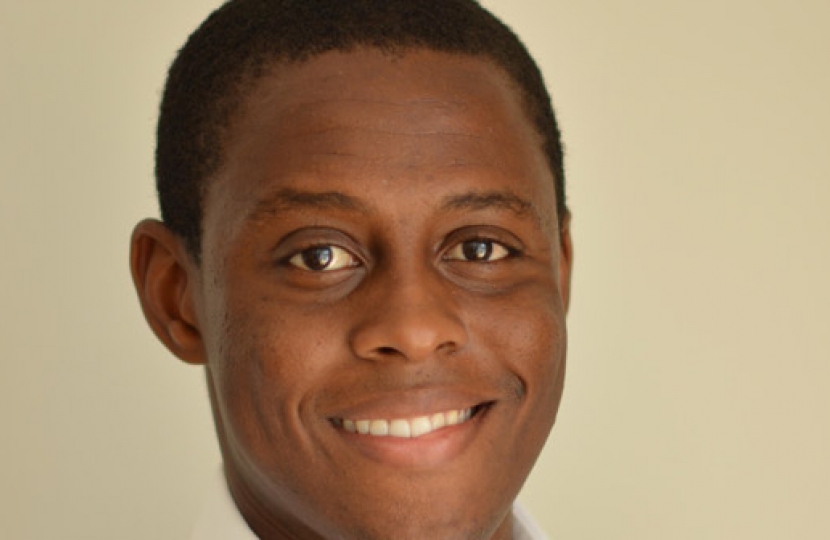 Thousands of you have contacted me in recent months to share your analysis and views on Brexit. Every day I read all the emails and letters sent to me on Brexit, but with so many pouring in I simply cannot reply to every one personally. However with just two weeks until we potentially leave the EU without a deal, I wanted to explain my position and answer the questions most frequently asked by you.

I remain fully committed to respecting and delivering the result of the EU referendum. Although I voted to remain in 2016, I believe that if Parliament were to try and frustrate or overturn the result it would trigger an even more serious political crisis, and public anger. For the same reason I am also reluctant to support a second referendum on our EU membership. We all promised to abide by the result, and I intend to keep that promise.

There are those who suggest that because Hitchin and Harpenden voted to remain in 2016, I should support the idea of revoking Article 50. On a personal level, I believe that for Parliament to unilaterally do that would be highly undemocratic and there is no majority in Parliament to do so. I recognise that our constituency did vote to remain, but our democracy cannot function when MPs vote solely along these narrow lines. Nationally over 70 per cent of constituencies voted to leave, I wouldn’t want MPs representing those constituencies to vote to leave the EU without a deal just because their constituents voted to leave in 2016. It is for the judgement of MPs to pursue an outcome in the national interest that works for the whole of our United Kingdom.

That’s why I have been backing the Withdrawal Agreement and Political Declaration negotiated by the Government. The Withdrawal Agreement is a good deal. It will ensure that the UK takes back control of its laws, borders and money. This means an end to free movement, the jurisdiction of the European Court of Justice coming to a close and vast budget payments to the EU ending once and for all. We will also be out of the Common Agriculture Policy and the Common Fisheries Policy. EU and UK citizens will also have their rights protected, including for healthcare and pensions, and they will be able to continue to live their lives broadly as they do now.

Voting through this deal will also mean we can secure the Political Declaration on the UK and the EU’s future relationship. Both sides have agreed to create a free trade area that will mean no tariffs, fees, charges or quantitative restrictions for goods. This is a unique deal. No other advanced economy in the world has such a relationship with the EU. At the same time, the UK will be able to negotiate its own international trade deals from the start of the implementation period.

It is admittedly not a perfect deal, but it does deliver on the result of the 2016 referendum and would prevent us from crashing out of the EU without a deal on 12th April. A ‘No Deal’ outcome would mean immediate restrictions on our trade, disrupt our economic growth and cause issues at our borders. Representatives of the financial, farming and freight sectors have all put on record just how costly a ‘No Deal’ outcome would be. In our own constituency, many senior members of the NFU and the CLA have contacted me encouraging me to support the deal for exactly these reasons. The entire Government – including those who campaigned for leave and remain – has been clear that a no deal scenario is not desirable and is not the best outcome for the future of our country.

If the Withdrawal Agreement and Political Declaration comes back for a third meaningful vote, I will of course vote for it again. However there is a chance that it does not return, or that it will be defeated again if it is brought back. That’s why tonight I voted for two alternatives, amendment (d) which supports ‘Common Market 2.0’ and amendment (h) which supports an EFTA and EEA compromise.

The Common Market 2.0 proposal would mean we leave the European Union as soon as possible, but would do so without crashing our economy or cutting off our deep links with Europe. It would remove the Northern Ireland backstop, and replace it with our joining EFTA: the European Free Trade Association, which I believe has a number of advantages. It would mean we leave the Common Agriculture Policy and the Common Fisheries Policy, pay far less into the EU budget and leave the political institutions of the EU.

Likewise, an EFTA and EEA – European Economic Area – arrangement would give us both the continuity of access to the EU Single Market, which we need to protect existing jobs and investment, and the freedom to take back control of farming and fishing and our own laws and freedom to trade globally. This would mean we would not enter into a Customs Union with the EU and that new arrangements would have to be made relating to the Northern Ireland backstop and agri-food trade.

Both of these amendments offer sensible suggestions to break the Parliamentary deadlock and mean we can finally deliver Brexit without a lengthy delay. I know that my positions will not please everyone. But I wanted to set out my position properly, honestly, directly and fully to let you know how I see the mess we are in, and what I am committed to doing on behalf of all I am honoured to have been elected to represent.

I am very aware that tempers are running high, nerves are frayed, people are frustrated, exhausted and inpatient with all the low grade political gamesmanship which, after two and half years, has led to this crisis. Believe me, I share that, deeply.

There is no easy solution which will be universally popular, or deliver all the many ill-judged promises and red lines which have been pledged. The best we can aim for now is a Brexit which honours the vote to Leave the European Political Union, and allows us to move on and get back to proper Government in this country, to tackle the urgent domestic policy issues which must be addressed.

As ever – I welcome feedback – whether supportive or not. And any points you feel I have not taken into account. I cannot promise you how this will turn out. We are in dangerously uncharted waters. But I can and do promise you that I take the responsibility to try and do the right thing very seriously.

MP for Hitchin and Harpenden

This week's email newsletter has just gone out to subscribers. You can read it here: https://mailchi.mp/bimafolami/newsletter-16-05-2022.